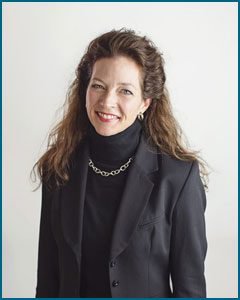 Ginger Nelson grew up in the small town of Spearman, where she learned to value faith, family, hard work, and community service. She is a devoted mother, small businesswoman, and community volunteer.

After graduating from Texas Tech University with degrees in Spanish, advertising and law, Ginger moved to Amarillo with her husband and high school sweetheart, Kevin, to follow their dreams of starting a family and business in the Texas Panhandle.

Ginger has counseled local families and small businesses for over 20 years. She has received numerous honors in her legal career, including board certification in estate planning and probate and an AV Preeminate rating from Martindale Hubble. She and Kevin soon developed a loyal client base and started their own law firm in 2003. In 2011, they branched out to purchase the Amarillo Building, Amarillo’s original high-rise, and began learning about commercial real property management. In 2014, they expanded their real estate business to include real estate development in the franchise of My Place Hotels. They enjoy the challenges of owning a small business and working together.

Ginger has had the privilege to serve on numerous boards and commissions, including the Amarillo Economic Development Corporation. She has also volunteered for non-profits including Boy Scout Troop 86, the Amarillo Symphony Guild, the Amarillo Area Bar Association, the Plemons-Eakle Neighborhood Association, and Kids Inc.

Ginger and Kevin are proud parents to Madeleine, Pearse and Jace, with Ginger playing an active role in many school organizations. The family attends Hillside Christian Church where she volunteers and teaches women’s Bible study. 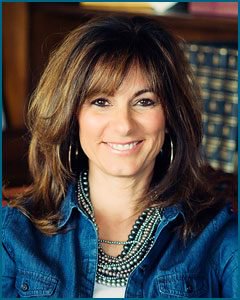 Elaine Hays is a dedicated wife and mother, small business owner, and community service provider. She has called Amarillo her home since 1985. She and Tracy, her husband of 32 years, have four children, one granddaughter and one grandson.

Elaine earned a Master of Science in Finance and Economics from West Texas A&M, BBA in Marketing from Texas Christian University (TCU) and completed her designation as a Certified Financial Planner from the College for Financial Planning. As a private wealth manager through Hays and Hays Financial Services, Elaine works with individuals to help identify, communicate, and achieve their financial goals. Elaine has also co-authored two financial books, When God We Trust and Avoiding the Top Ten Money Mistakes.

Elaine has been active in the community as a board member for CareNet Pregnancy Center and Mission 2540, as well as participating in Leadership Amarillo/Canyon and Community FOR Country. She also serves as the Welcome Center coordinator at Messiahs House. Elaine is a former Republican candidate for U.S. House of Representatives from Congressional District 13.

Elaine enjoys reading, gardening, and travel. She was a former basketball player at TCU and half-mile competitor and stays active by participating in sprint triathlons. She completed her first half-marathon in 2015. 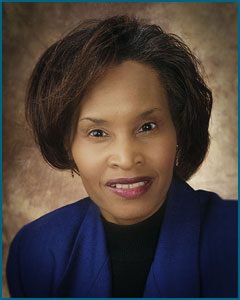 Freda Powell is the second of five children and was raised in Amarillo and throughout the United States. Her father was in the United States Air Force. She graduated from Amarillo High School and Amarillo College. She has a degree in Management Development. Freda and her husband Dennis have been married for 38 years and they have a daughter, Patrice and five grandchildren.

Powell is a former Purchasing Representative for LINN Energy, headquartered in Houston, Texas. She is currently the General Manager for Warford-Walker Mortuary.

She has been a member of Soroptimist International of Amarillo, for more than 20 years, one of 3,100 Soroptimist clubs that improves the lives of women and girls through volunteer projects in the community. Together, Powell and her clubs worked to affect social change and to increase the collective impact they have on local women and girls.

In addition to having served a two-year term as Governor of the South Central Region (consisting of seven states) of Soroptimist, Powell is a member of the Amarillo Women’s Network, Amarillo Chamber of Commerce, the Hispanic Chamber of Commerce, the Amarillo Branch of the NAACP, and Light of Hope. Powell has served on the Amarillo Opera, Access Community Credit Union, Airport Advisory Board, and Downtown Amarillo, Inc., Board of Directors. She is a member of Jenkins Chapel Baptist Church where she serves as Secretary and has a spot on the Finance Team.

Powell received the Amarillo Opera Dee Lifetime Volunteer Award in 2009, she was named the Amarillo Chamber of Commerce, Women’s Council, Business Woman of the Year in December of 2011. She has also received the Girl Scouts of Texas Oklahoma Plains, Women of Distinction, Take Action Award in 2013, the Church Women United Humanitarian Award in 2013, the 7th Annual Louise Daniel Women’s History Lecture and Luncheon, Recognizing Women in Banking, Texas Panhandle Women Bankers, Recognized by Access Community Credit Union in 2016, and the Woman of Leadership 2017 Award, to name a few. 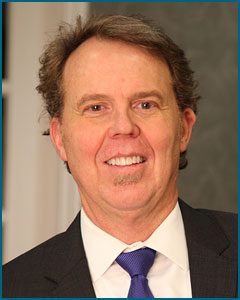 Eddy Sauer is a lifelong resident of Amarillo and graduate of West Texas A&M with a B.S. in Chemistry. This is where he met his wife Tina and they have been married 34 years. After finishing dental school at Baylor College of Dentistry, they returned home and Eddy began his career as a general dentist.

Eddy quickly became involved in the community and church. He was a member of High Plains Kiwanis and on the Board of Directors for the WTSU Alumni Association. He taught Sunday School in the College Department, served on and chaired committees, and was a deacon at Paramount Baptist Church.

He is also involved with the Panhandle District Dental Society where he has been on the Board of Directors serving in various roles including President. For over 20 years he served as the liaison between the Amarillo Independent School District (AISD) school nurses and the dental society to provide dental care for students having emergent needs. Eddy currently provides dental treatment for patients from Heal The City. While members of Trinity Fellowship, he was also a part of medical-dental mission trips to Jamaica, Nicaragua, and Mexico.

The Sauer family was the Ambassador Family for March of Dimes and Eddy currently serves on the Board of Directors for the Turn Center.

As a dentist, Eddy has treated over 7000 patients and has helped build Shemen Dental Group into one of the premier dental practices in the area. Eddy is also a member of the Align GP Faculty teaching Invisalign courses internationally as well as all over the U.S. 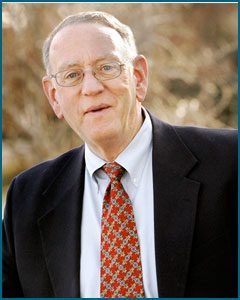 Howard Smith wasn’t born in Amarillo, but he got here as soon as he could. At the age of nine, Howard’s parents made the move to Amarillo where they operated the historic Hub Clothiers.

A proud Amarillo High School graduate, Howard later attended Baylor University where he earned a Bachelor Degree in Math and Physics and his Masters in Business Administration. He then joined the Navy, attending U.S. Navy Officer Candidate School and U.S. Navy Supply School. Upon graduation, he held several critical positions aboard the USS Guadalcanal, LPH 7, which focused on financial management and accountability.

Following his service in the Navy, Howard returned home and became part owner of the Hub Clothiers. He served as Vice President and Controller until branching out on his own in 1980 and creating Howard Smith Co., Realtors.

Howard and his wife of 50-years, Carol, have two grown sons and five wonderful grandchildren.